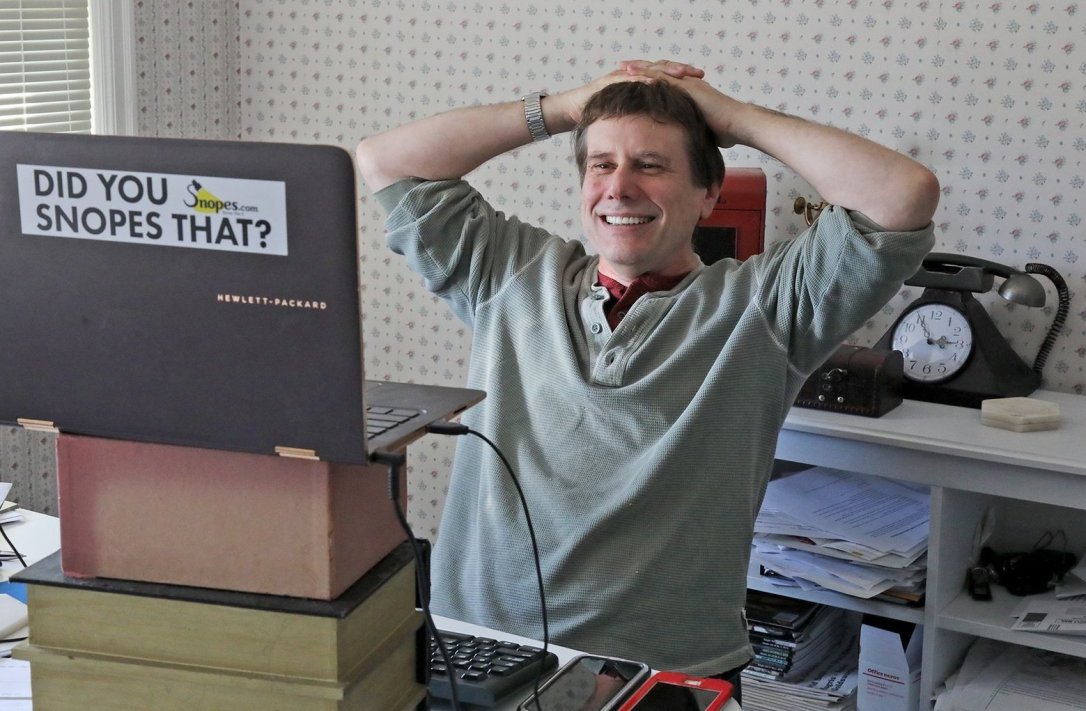 Snopes, the country’s most popular hoax-debunking site, is run by its founder out of a 97-year-old house in Tacoma. And is it ever busy, with 47 of its “Hot 50” posts having something to do with politics.

Here, in a 97-year-old frame house in the city’s North End, is the headquarters of America’s most popular hoax-debunking website.

The command center for Snopes.com is an upstairs bedroom with shelving and a laptop placed atop some books and a cardboard box.

These are busy times.

Is This a Photograph of Christine Blasey Ford with Bill Clinton? False.

Is This a Photograph of a Wasted Brett Kavanaugh? False.

Is This a Photograph of Christine Blasey Ford Partying? False.

All those viral hoaxes, spread by social media, have created a market for fact-checking sites, with Snopes, started in 1994, being the champ.

It gets 32 million visits a month on desktop and mobile, according to Similar.Web.com, an industry site that measures web traffic. Its closest competitors are The Straight Dope (4 million monthly visits) and FactCheck (3 million).

From his bedroom office, David Mikkelson, Snopes publisher and CEO, runs a site employing 16 people across the country, half of them fact-checkers and the rest on the business and web side.

Read more at The Seattle Times

The crackdown on hate speech continues:

WordPress has taken down a handful alt-right blogs, according to several complaints from affected blog owners and readers who claim the sites were removed from WordPress.com, despite not being in violation of the company’s Terms of Service. Some site owners also said they were not notified of the shutdown in advance and have lost their work. The removals, we’ve learned, are in part due to a new policy WordPress has rolled out that now prohibits blogs from the “malicious publication of unauthorized, identifying images of minors.”

Yes, that’s right: the company has created a new rule to specifically handle the Sandy Hook conspiracists, and boot them from WordPress.com.

While some of the affected sites had already been flagged for other violations, many were hosting Sandy Hook conspiracy theories and other “false flag” content.