More teenagers are getting their information from so-called flop accounts. 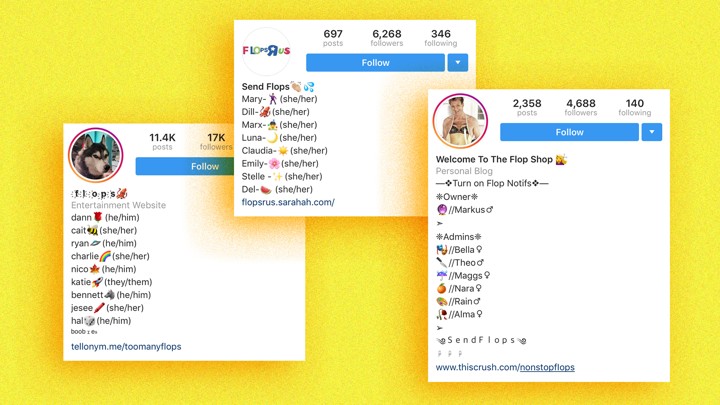 …Luna, a 15-year-old admin on @Flops.R.us, said that she and other teens use flop accounts as a space, away from parents, teachers, or people who don’t take them seriously, to discuss issues and formulate ideas. “Flop accounts are your place where you can get your or other people’s opinions out,” she said.

“Teenagers want an outlet to express their opinions with the same kind of conviction that they generally might not be able to express at home or other parts of their life,” said Hal, a 17-year-old admin on @toomanyflops_.

“Liberal flop accounts point out problematic behavior or spread liberal opinions,” said Bea, a 16-year-old in Maryland who founded the account @hackflops. “Conservative accounts post about feminism and whether the movement is good or bad, whether you can be conservative and LGBT, or Black Lives Matter and whether it’s better or worse than All Lives Matter … I’ve formed my opinions largely based upon what I see in the flop community…

Siva Vaidhyanathan, a media-studies professor at the University of Virginia, said he thinks flop accounts are a good thing. “You have people engaging directly with claims about the world and arguing about truthfulness and relevance in the comments. It’s good that that’s happening,” he said. “If young people are getting more politically engaged because of it, all the better.”