A robot named Tracey is greeting passengers at the Seattle-Tacoma International Airport, providing tips to get them smoothly through security checkpoints.

The red-and-white human-sized robot carries a large electronic sign and can speak to passengers in six different languages.

Airport officials say the robot isn’t designed to replace human workers, but to allow them to spend more time on critical security work.

Tracey was created by Advanced Robot Solutions. CEO Paul McManus says it is a demonstration model, but future versions could recognize when a traveler is wearing sunglasses or a hat and ask them to take it off before the security checkpoint.

The robot is temporarily on duty at the Seattle airport as it hosts a meeting of airport executives from around the country. 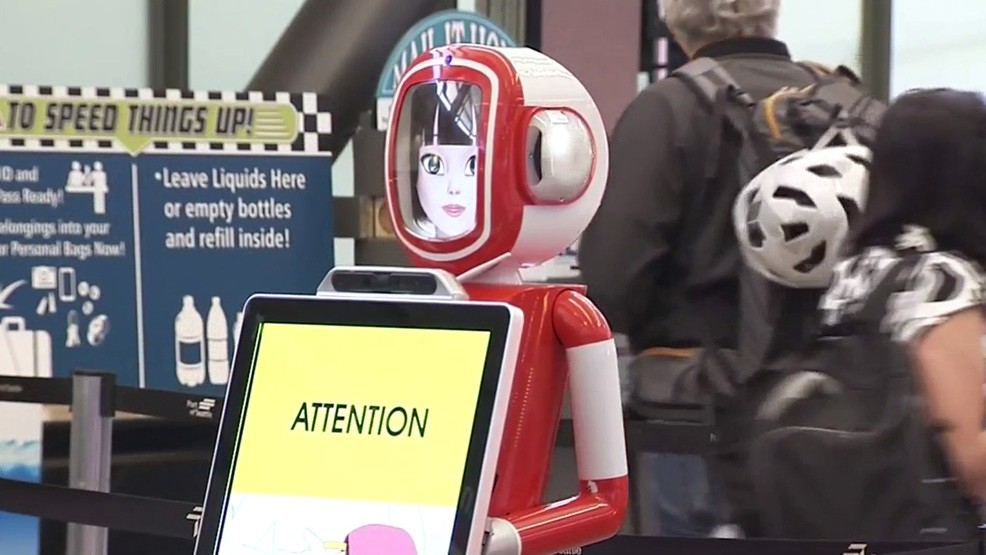