It’s been 10 years since the iPhone launched on June 29, 2007. It wasn’t the first smartphone, but it did raise the bar for smartphones considerably, putting the internet in everyone’s pockets and launching the mobile revolution. In its wake, few things remain unchanged.

To celebrate the 10th anniversary, here are 10 charts that show how the iPhone has changed the world. 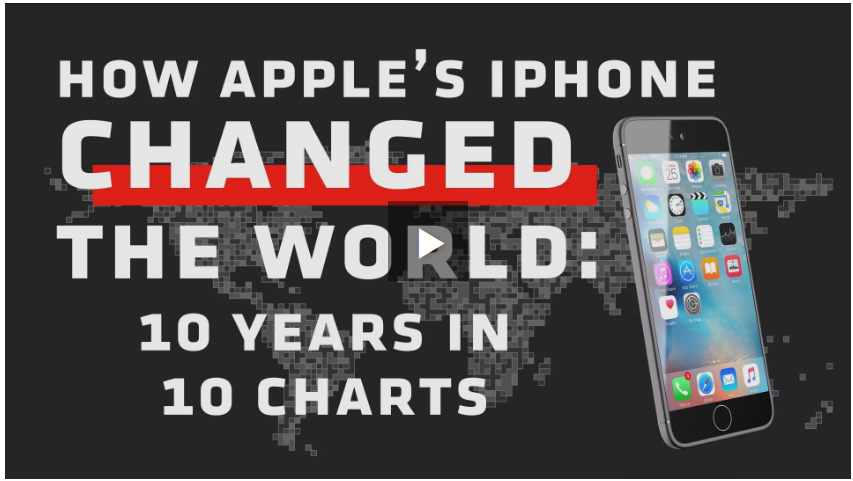