Meet Ken: He is a beefy Asian man with 20/40 vision who frequently works out of doors.

And, meet Ken: He is a young record executive who expresses himself through bold sneaker attire while simultaneously being an African-American man of average build.

And, meet Ken: Against the better angels of his nature, he has bleached his hair peroxide blond, and now is determined to travel on an airplane in comfort and style.
And, meet Ken: He has a man bun, and that’s his whole thing.
In a condition of affairs at worst disastrous, at best depraved, Ken, Ken, Ken, and Ken are all dating the same woman.

Her name is Barbie.

One way to make Ken more of a real-live man, Mattel decided, is to put him through a dramatic physical transformation. And so, on the pink stiletto heels of last year’s announcement that Barbie would henceforth be available in taller, shorter, and, most sensationally, curvier versions, the company is adding two new Ken shapes to its roster and manufacturing them in a larger array of skin shades and hairstyles. There will be an “original”-size Ken with cornrows. A “slim” Ken with a fade. A mixed-race Ken with a man bun. Asian Kens. Latino Kens. A pale white Ken and a tan white Ken. A Ken who is wearing a watch. A Ken who is…“broad.” 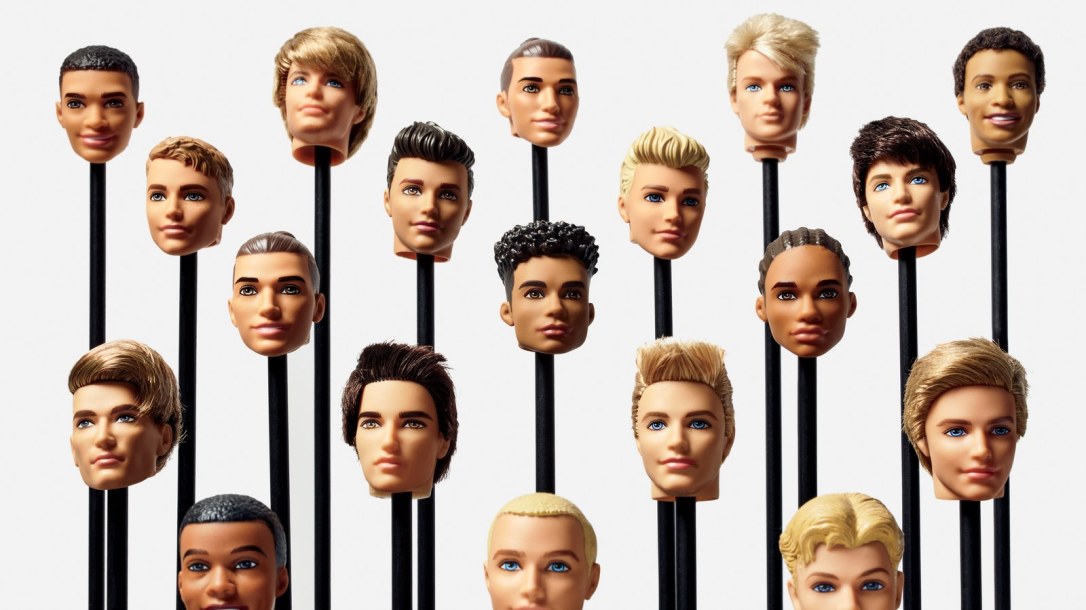