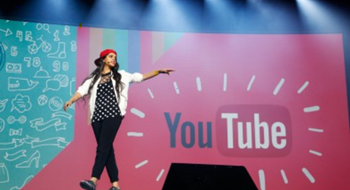 The annual Brandcast Event held on May 5th this year featured many YouTube stars such as Lilly Singh, Mindy McKnight, Ryan Higa, Bethany Mota and Tyler Oakley. Among the exciting new developments that were discussed, it was announced that the NBA is planning to “grow its partnership” with YouTube. Even Big Bird was there to introduce Sesame Studios, an all-new educational YouTube channel from the creators of Sesame Street.

As YouTube celebrates its biggest year ever, its boss Susan Wojcicki pointed out that YouTube is reaching more 18 to 49 year olds during primetime than the top-10 TV shows combined!